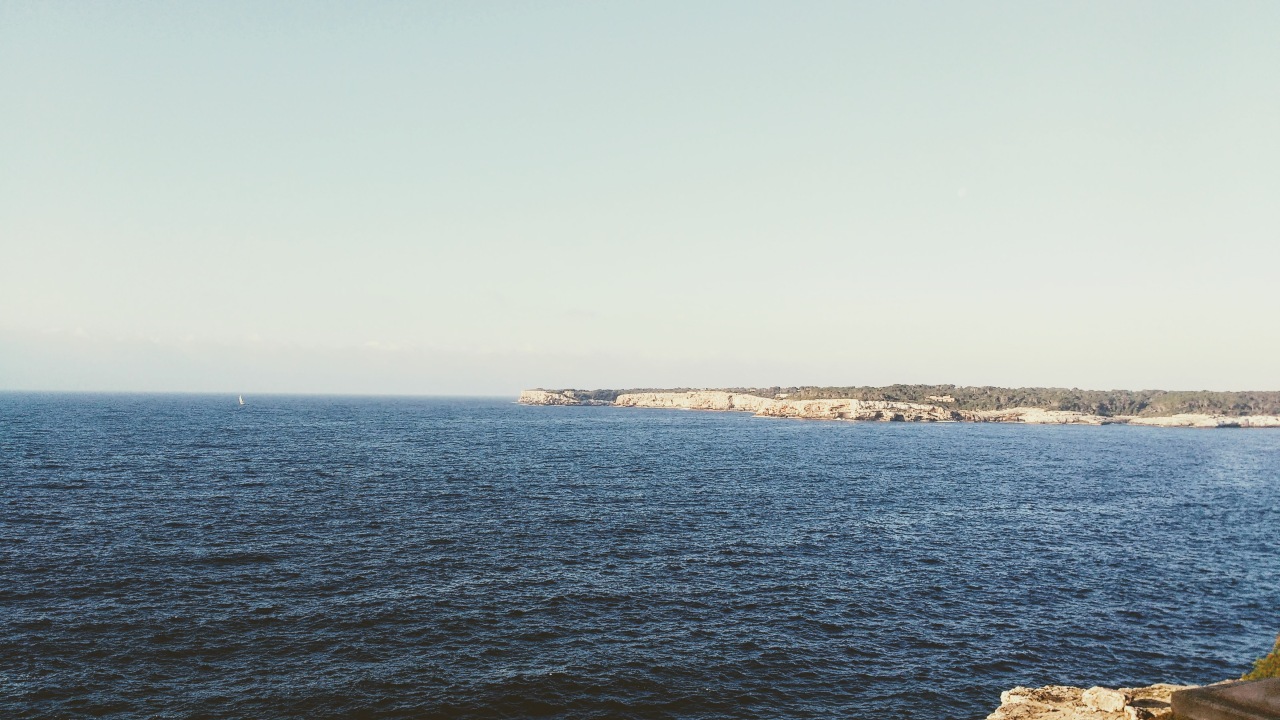 The next morning, I took my dad on a walk down the road. We were upbeat and talked a lot, but not about anything in particular. On the way back to the villa I suggested we go through the forest. It was exactly half ten, I made sure. My dad was walking ahead of me because the path was narrow and full of brambles, and he was pushing them back as we went so I wouldn’t scratch my legs. When I saw him stop, I knew he’d seen them. I came up behind him. Salil and Elsa were sleeping, laid out on the pine needles, looking rugged and happy – I mean I told them to do that, but when I saw them I felt devastated. Elsa’s love for my dad, Sal’s love for me, could that have stopped them? They were equally beautiful, equally young, and so close to each other… I glanced at my dad, he was looking at them intensely, without moving, and he was strangely pale. I held his arm:

He threw a last glance at Elsa, laid out on her back in her young beauty, tanned golden with her gold-red hair, a smile on her lips, like that of a young nymph who has finally been recaptured. He turned on his heel and strode off.

– That bitch, he murmured, that bitch!

– No it’s not that. What, did you like seeing Salil in her arms?

– Me neither, I don’t love Elsa, he shouted, furious. But it affects me anyway. I’ve been with her, lived with her, uh… It’s worse…

I knew how he was feeling. He must have wanted to do the same as I did – to run at them, get them apart, take back what was his, what was once his.

– If Anne heard you!

– What? If Anne heard me?… Obviously she wouldn’t understand, she’d be shocked. That’s normal. But what about you? You’re my daughter, aren’t you? Don’t you know me anymore, what, are you upset too?

How easy it was for me to direct his thinking. I was a bit afraid to know him so well.

– I’m not shocked, I said. But basically you need to see it how it is: Elsa has a short memory, she liked Sal, and you’ve lost her. Especially because of what you did to her. That’s the kind of thing that can’t be forgiven.

– If I wanted… started my dad, but then stopped, frightened of the thought.

– You wouldn’t get anywhere, I said with conviction. As if it was natural to discuss his chances of winning back Elsa.

– But that’s not what I was thinking, he said, coming back to his senses.

What that shrug meant was ‘impossible, poor guy, you’re out of the race’. He didn’t talk to me again til we got back to the house. Going in, he took Anne into his arms and held her against him for a while, eyes closed. Stunned, she let him, smiling. I left the room and leaned against the dividing wall in the corridor, trembling with shame.

At two o’clock I heard Sal’s faint whistle and went down to the beach. He put me in the boat straight away and we took off out the cove. The sea was empty since no one else would have dreamed of going out under such a sun. Once on the deep water, he lowered the sail and turned to me. We’d said almost nothing.

– This morning… he began.

He laid me gently out on the tarp. We were flooded, glistening with sweat, clumsy and urgent; the boat rocked under us rhythmically. I looked into the sun directly above me. And suddenly the imperious and tender whispering of Sal… The sun unhooked itself, shattered and scattered all over me. Where was I? In the depths of the sea, in the depths of time. In the depths of pleasure. I called Sal out loud, and he didn’t respond, he didn’t need to respond.

The coolness of the salt-water afterwards. We laughed together, dazzled, lazing, thankful. We had the sun and the sea, laughter and love. Not knowing if we would ever find them again, shining like that, intense like that, made so through the fear and remorse.

I experienced, besides the real and physical pleasure which love provided for me, a kind of intellectual pleasure thinking about it. The words ‘make love’ have a really verbal seductiveness on their own, even separating them from that one meaning. I was fixated on how this term ‘make’ material and positive, is linked to this poetic abstraction of a word ‘love’. Before, I’d spoken about it without shame, without the least embarrassment, not appreciating its charm. I felt myself becoming more discreet. I lowered my eyes when my Dad looked at Anne a little too fixedly, when she laughed this new little quiet shameless laugh, which made us pale, me and my dad, made us look out the nearest window. If we’d told her that her laugh was like that, Anne wouldn’t have believed us. She didn’t behave like a partner with my dad, more like a friend, a close friend. But at night, without doubt… I stopped myself thinking such things, I hated ideas that stirred me up.

The days went by. I forgot about Anne a bit, and my dad, and Elsa. Love made me live with my eyes wide open, but like I was dreaming, likeable and calm. Salil asked me if I wasn’t afraid of having a kid. I said to him I was leaving that up to him, and he seemed at ease. Perhaps that was why I gave myself to him so easily: because he wouldn’t leave me with the responsibility and if I had a kid, he would be to blame. He took what I could never stand taking – responsibility. Anyway I couldn’t see myself pregnant, with the tough and thin body I had. For once, I was pleased with my teenage anatomy. We took precautions anyway.

But Elsa was restless. She questioned me endlessly. I was always afraid of being surprised in her company, or Sal’s. She arranged it so she was always in my father’s presence, she bumped into him everywhere. So she pleased herself with imaginary victories, with the idea of repressed urges she said he couldn’t hide. I was astonished to see this girl, so used to associating love and money, because of her profession, become so romantic, so excited by details like a glance, or some gesture, she who was shaped by the desires of men in a hurry. It’s true that she wasn’t used to such a subtle role, and that the one she was playing must have appeared to her to be very sophisticated, psychologically.

If my dad became obsessed by Elsa, little by little, Anne didn’t seem to notice. He was more caring, more attentive than ever, and that frightened me as I put it down to unconscious remorse. The main thing is that he didn’t do anything for another three weeks. We would head back to Paris, Elsa set aside, and if they were still up for it, my father and Anne would get married. Salil would be in Paris too, and just as she hadn’t been able to stop me loving him here, Anne wouldn’t be able to stop me seeing him there. In Paris he’d get a room, far away from his mother. I was already imagining the open window and through it the blue and pink skies, the extraordinary views of the air over Paris, the burbling of pigeons on the railings, and Sal and me on the narrow bed…